GoGoDragons! 2015 is an interactive arts sculpture trail event organised by charity Break and Wild in Art. 80+ dragon sculptures will be brought to life on the streets of Norwich this summer.

The proceeds of this project will fund the valuable work of Norfolk charity Break who support vulnerable children, young people and families across East Anglia.

These are the first pictures of Dragon Fly’s progress. The first wing is being added. 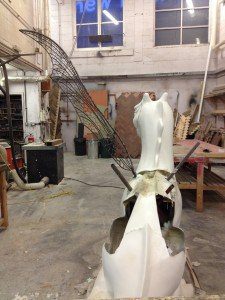 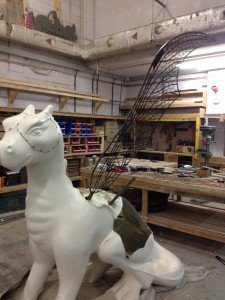